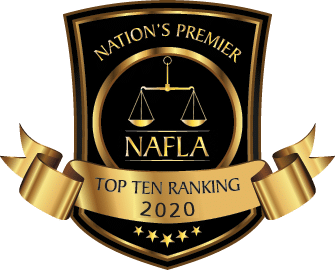 Why Work With a Parenting Plan Lawyer?

Regardless of how amicable your divorce might have ended, making parenting decisions with a former spouse can be challenging. Often, the most crucial part of a divorce are the decisions you have to make regarding custody and child care. As a result, many parents choose to use a parenting plan or a schedule that outlines each parent’s responsibilities.

Since parenting plans can sometimes become complicated, working with a parenting plan lawyer or child support lawyer at Skyview Law Richland can simplify the process. Your child deserves a plan and a family lawyer Richland that prioritizes their needs and allows both parents to be involved in their life. Working with a Richland lawyer can also protect your parental rights as well and help you and your former spouse comes to an agreement that satisfies both parties.

Although parenting plans are designed to fit your child’s unique needs or circumstances, they generally cover the same areas:

At our law firm in Richland, our priority is to put your child’s best interests first and help you design a parenting plan that provides structure and stability for you and your former spouse to successfully co-parent.

Unfortunately, disputes and conflicts are not uncommon when it comes to designing a parenting plan. It’s also another reason why hiring a parenting plan lawyer or child custody lawyer may be beneficial. Here are a few common disputes that you may run into:

One of the most common issues that parents run into is finding a visitation schedule that satisfies every party involved. Many parents might feel as if they’re getting the short end of the stick—especially if the child spends more than fifty percent of their time with the other parent.

In Washington, all parenting plans require a child support order.  Even if the parents agree on not wanting child support entered, the court will require one. Child support can be another common area where parents tend to clash. In some cases, there may be a disagreement about the amount of child support that a parent is receiving. For instance, a parent might be paying child support, but still feel as if they’re the one primarily supporting the child. While child support may be established with a divorce lawyer, an attorney can also help settle disputes that happen afterward too.

To deal with child support disputes, the parent receiving the money might be asked to show supporting evidence of the amount that they’re asking for. If the evidence doesn’t line up, the amount of child support might need to be adjusted.

Although parenting plans in Richland are designed so that everyone involved agrees and is satisfied, one parent may still violate the parenting agreement. Common violations include not returning the child at the time they’re supposed to or refusing to let the parent see the child when they’re allowed to. Violations aren’t unusual, and they can still occur even if the parenting plan is court-ordered.

When a parent does violate their agreement, the consequences can end up being severe. In a court-ordered plan, they even risk being held in contempt of court. In addition to making both parents abide by the parenting plan, some of the penalties that the court can enforce include:

With serious violations, where one parent has tried to flee the state or even the country with the child, the court might decide to change the parenting plan, strip that parent of their custodial rights, or make them spend time in jail.

If a judge believes that one or both parents will continue to violate the parenting agreement, they might make adjustments to it.

Speak with a parenting plan lawyer

"Mr. Hays was nothing but courteous and professional. Mr. Hays was very responsive in regards to any questions we had. We always felt that we were in good hands and we were. Our case was not easy yet he made sure we felt at ease through the entire process. Definitely A firm you want in your corner."
Maria E.
"The staff is very professional as well as very friendly and informant. The Office Manager/Paralegal Maria Diaz was great to work with and would answer questions on a timely matter regarding the case. As well as letting me know what was needed in order to move forwarded. All in all they will take care of your needed and meet your request."
Juan P.
Previous
Next

Why work with Skyview law?